#GetWellTrav - A Benefit For Kris Travis 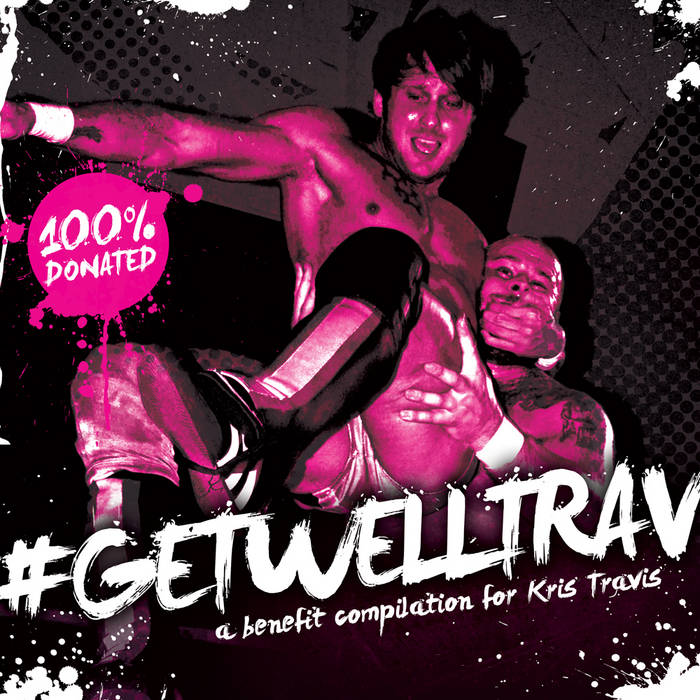 This compilation was originally created to help raise some money for Kris Travis back in Oct 2014 not longer after he was first diagnosed with cancer.
Unfortunately in March 2016 Kris lost his battle.

Any money now made from release will be donated Cavendish Cancer Care, a charity that was close to Trav's heart.
campaign.justgiving.com/charity/thecavendishcentre/KrisTravis/

Kris Travis is one of the UKs top wrestlers, and is battling stomach cancer. Its our turn to give back to a man who has given so much to his fans. This album was put together to help raise some money for him, its the least we could do for such an awesome person who has literally put his body on the line to entertain us for years. Thanks to all the bands who contributed a track to this compilation. Its very varied, a real mixed bag of punk rock, metal, indie rock, reggae, rap, pop and everything in between, there's bound to be a little something for everybody on here.
Think of this album, more as a bonus gift when you donate some money to Trav, as opposed to a compilation that raises money. He's a good man, and a friend, and we aint letting no one go out like that, so please buy this and help make his fight a little easier...


Check out Kris Travis here, as he takes on former WWE star Chris Masters at Preston City Wrestling from 2013.

Bandcamp Daily  your guide to the world of Bandcamp